Glenbrook Tunnel, Since 1892: Walk To Discover The Fascinating Historic Eastern And Western Entrances

Glenbrook Tunnel, also known as Lapstone Hill Tunnel, is a historic single track 634-meter long s-shaped tunnel that operated from December 18, 1892 until September 25, 1913, as part of the Glenbrook Deviation on the main western train line. It currently sits locked and unused, but not for long! State funding provides a promising plan to transform Glenbrook Tunnel into a practical recreation and tourism space. First, a little history…

In 1942 however, the tunnel took a break from the mushroom industry as it was utilised by the Royal Australian Air Force (RAAF) to store mustard gas during World War 2. After the war, it became a mushroom growing tunnel again, until 2016. 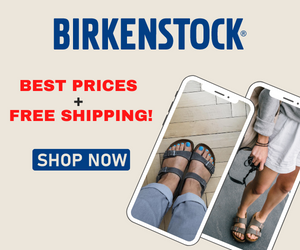 Why Did Glenbrook Tunnel Close As A Train Tunnel?

Glenbrook Tunnel was constructed on a very steep gradient. This caused a range of dangerous conditions for trains, particularly westbound trains heading up the hill. Westbound trains struggled immensely to climb the steep hill, causing the tunnel to be filled with toxic fumes. When trains stalled in the tunnel, these fumes could be deadly.

In addition to the poor ventilation and suffocating atmosphere, water dripping from the roof kept the rails wet, causing trains to slip. When trains stalled and slipped in the tunnel, they often had to be backed out to try again.

The mushroom farm was considered to be such a significant environmental and work safety concern that the Department of Primary Industries served an eviction notice on Glenbrook Mushroom Farm in 2016.

Currently, Glenbrook Tunnel remains locked up and dormant. The tunnel itself appears to be in good, solid condition but inside it is still dilapidated and littered with rubbish and leftover soil, after the mushroom farming company was evicted.

Funding To Revive The Tunnel Success!

Since the closure of the Glenbrook mushroom farming company, a passionate group of determined locals have been collaborating with Council to lobby for State funding to revive and reopen the Glenbrook Tunnel as a walking and cycling path and a heritage tourist destination. Finally, on July 2, 2021, their vision became a reality.

The NSW Government had confirmed that they would allocate a further $2.5 million from its COVID-19 stimulus program to prepare Lapstone Hill Tunnel at Glenbrook to be used for recreational purposes.

This money is in addition to the $2.1 million which had already been invested in the project. Many did not think the reopening of Glenbrook Tunnel could be achieved, but at last, this investment by the NSW Government will enable Glenbrook Tunnel to link Lapstone and Glenbrook villages with Leonay and the recently renovated Great River Walk in Penrith. The works will also create safe access from the river to the lower Blue Mountains and attract visitors to the area, which will boost the local economy.

Visiting the Eastern entrance of the Glenbrook Tunnel is a short family friendly bushwalk. The return walk begins at the track on the right of Lapstone Reservoir at 1 Governor’s Drive, Lapstone NSW. It takes around 30 minutes to complete.

A few parking spaces are available at the reservoir. To access the path, walk through the gate towards the old railway rock cuttings.

The path then continues on to a tree-lined path that leads all the way to the Glenbrook Tunnel eastern entrance. It is a beautiful walk, with interesting trees to admire along the way.

In the large rock cuttings, you will see drill holes in the rock walls where explosives were used to create the cutting for the train line.

There are a couple of parts of the walk where you will need to take care, as there is a narrow path and decent drop. Always stay close to children and do not allow them to run ahead. Read more about bushwalk safety with children here.

To visit the western entrance of the old Glenbrook Tunnel, turn into Barnet Street and park your car on the side of the Highway. Walk through the gate and along the sealed pathway for about 5 minutes.

The tunnel entrance can be found on the right (next to the makeshift skatepark!).

Remember to keep an eye out for the explosive’s drill holes along the way on this western tunnel path too.

Be sure to check out the old diesel engine that was likely used as an electricity generator for mushroom farming.

Glenbrook Tunnel is a fascinating part of Australian and Blue Mountain’s railway history. Your children will enjoy learning about why the tunnel was disused and feel excited that they will be able to soon walk or cycle through this historical train tunnel when it is cleaned up and repurposed for future generations to enjoy.

Thank you to everyone who has played a part in advocating to make this pipedream a reality in the lower Blue Mountains.