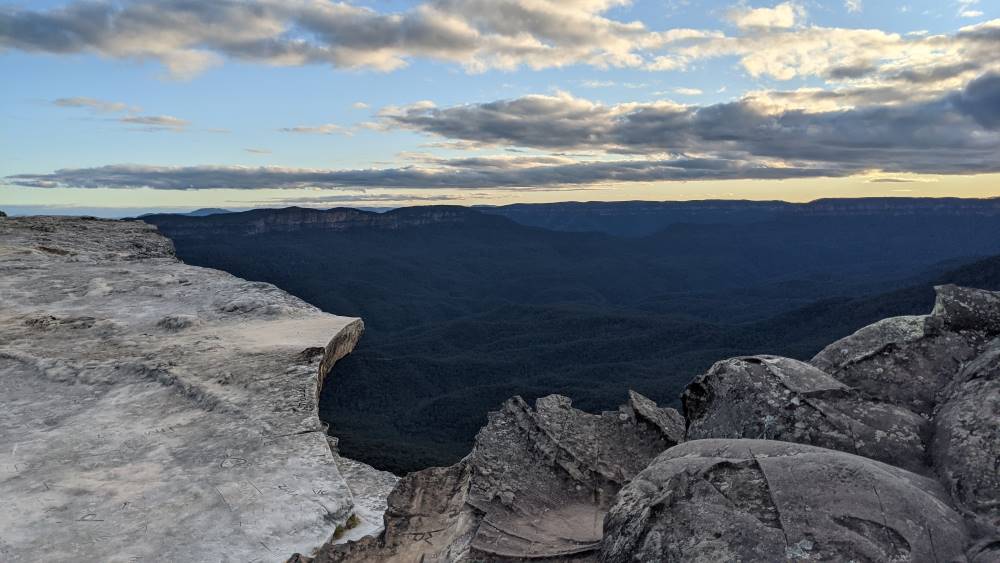 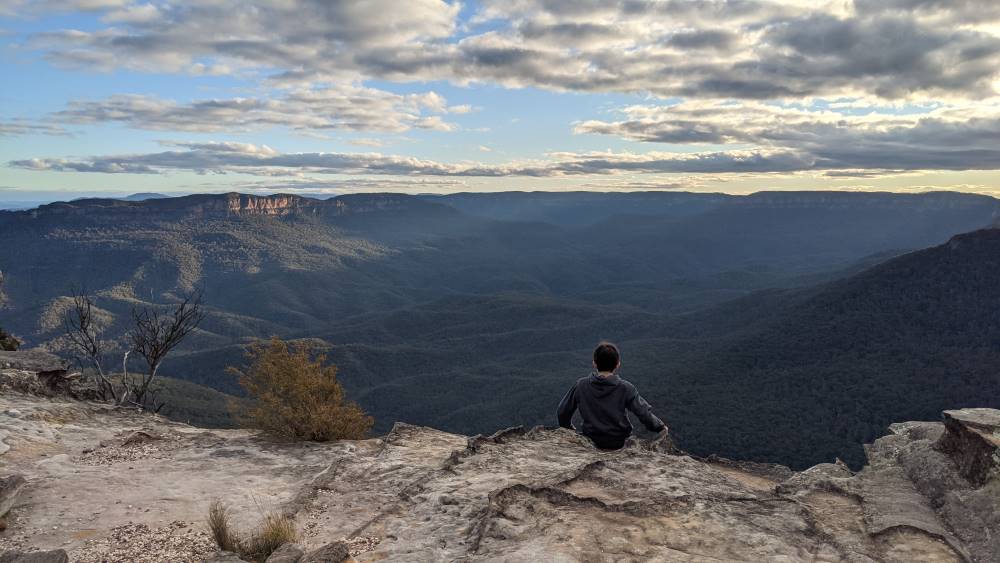 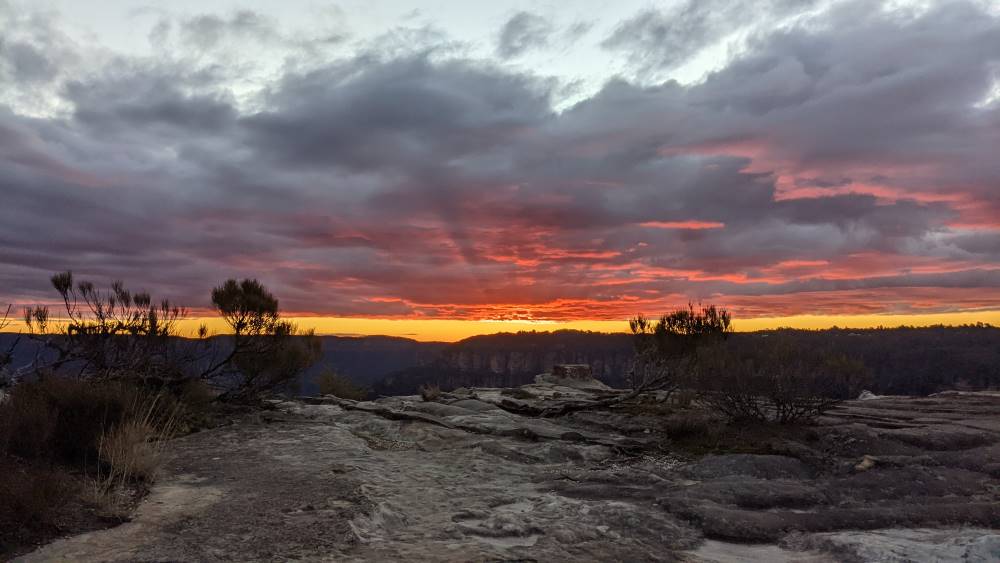 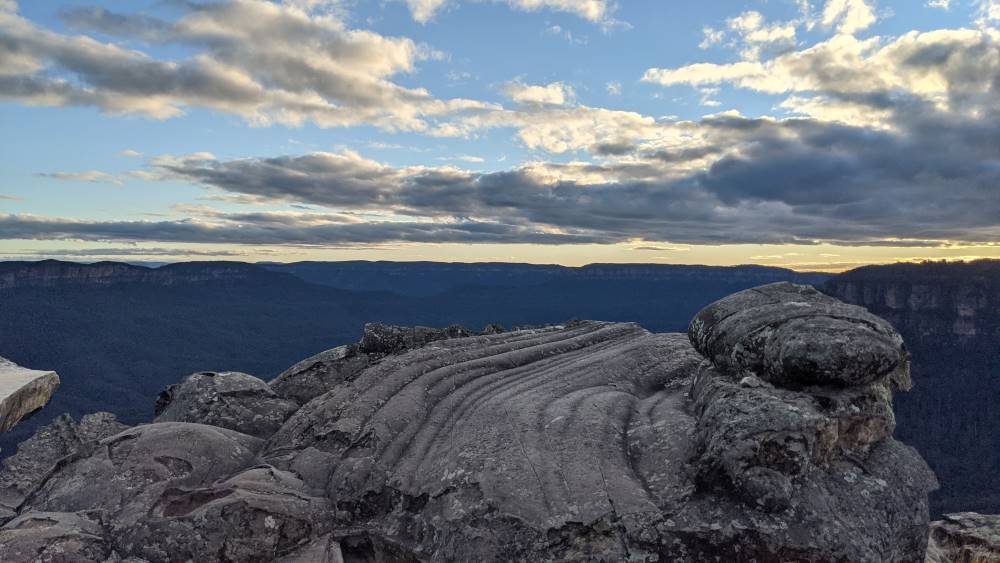 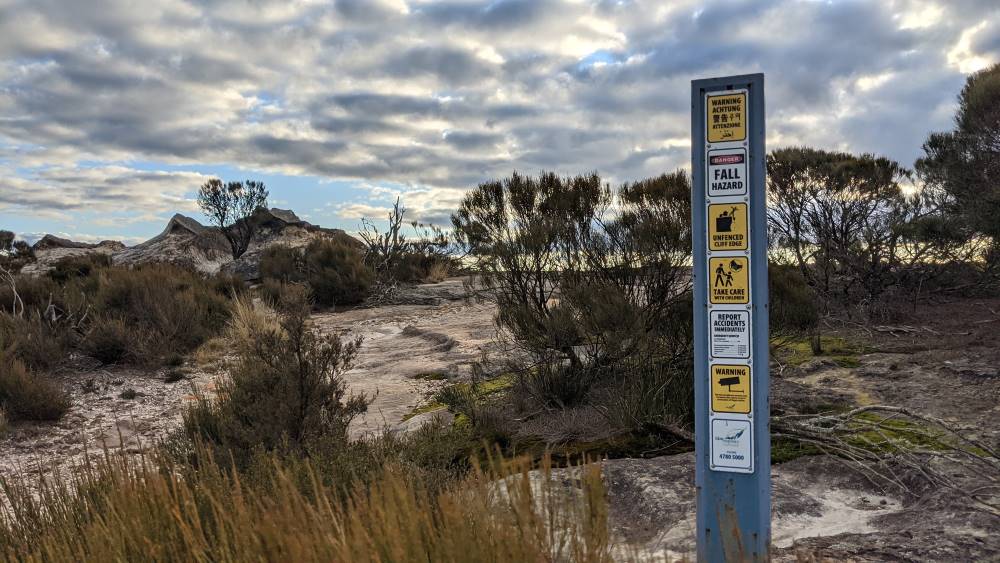 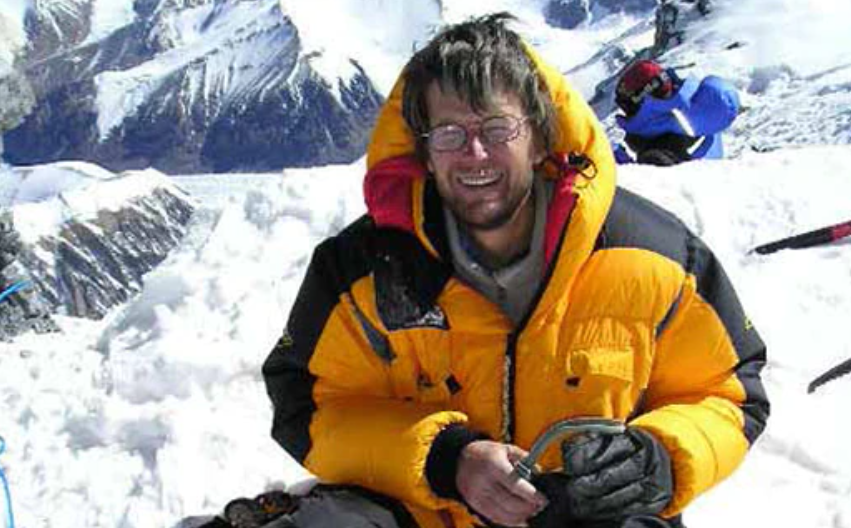 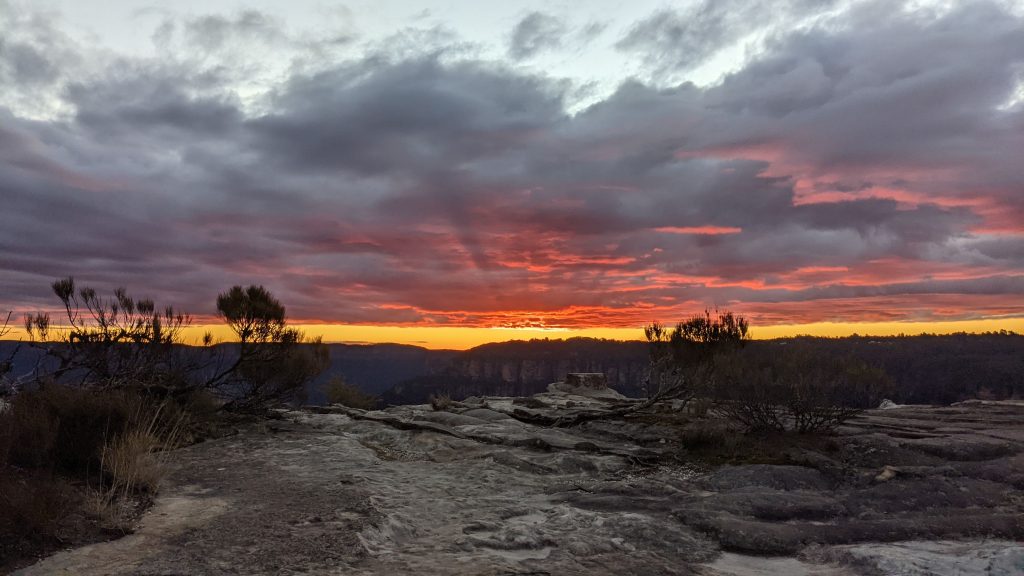 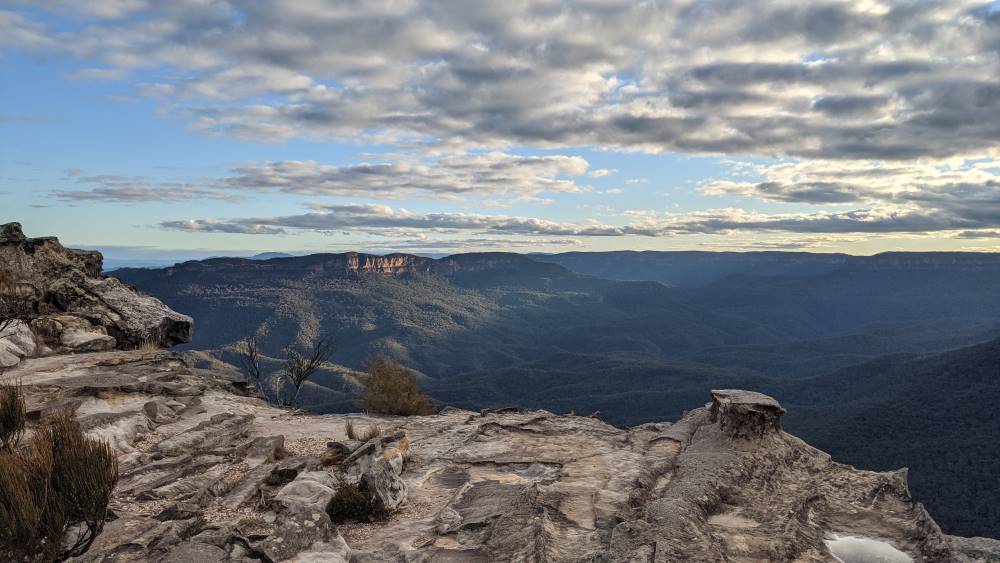 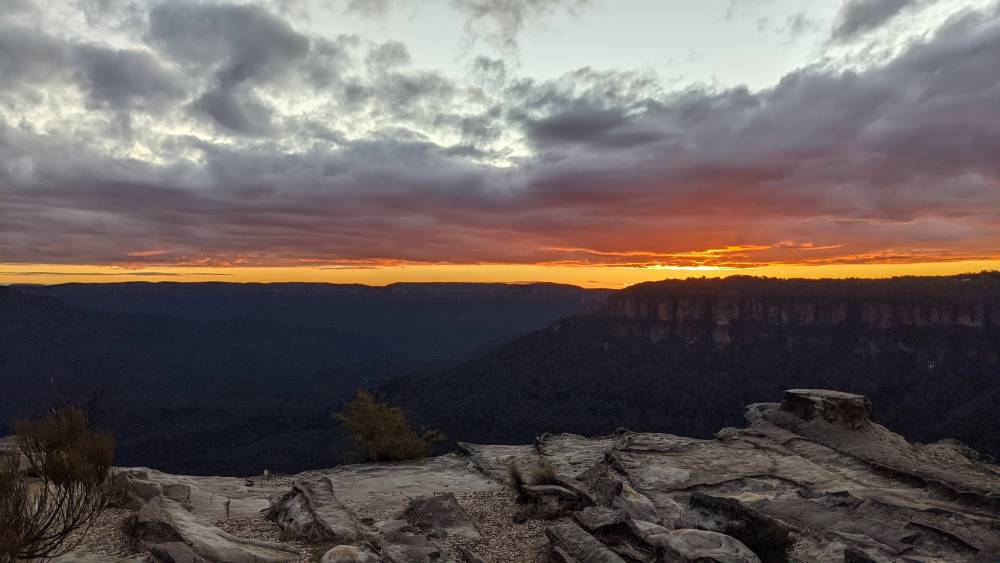 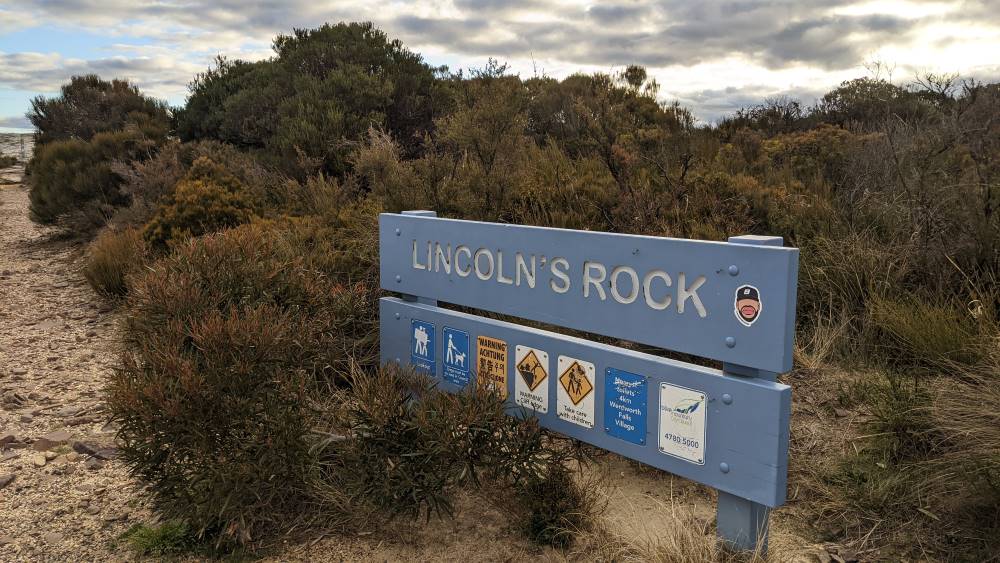 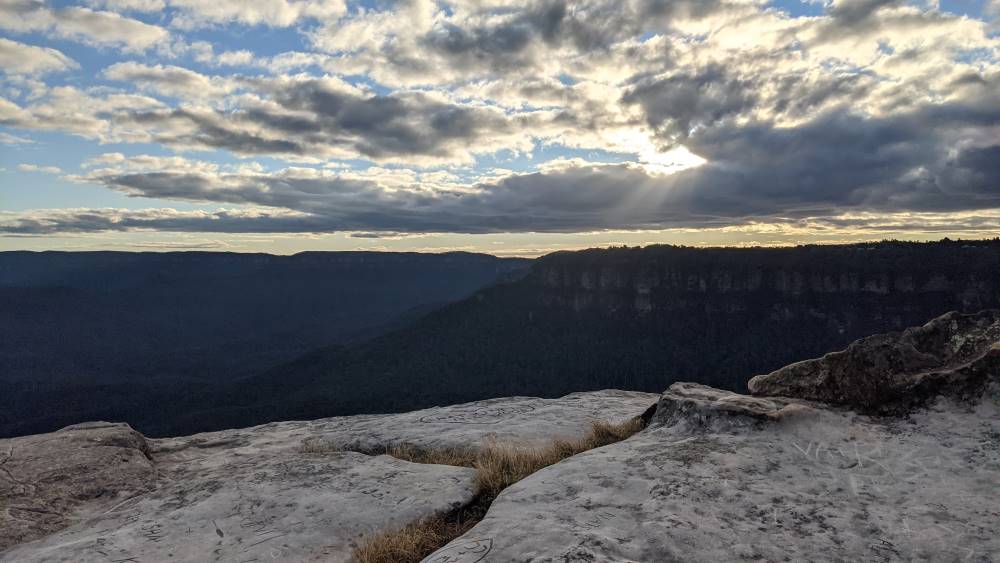 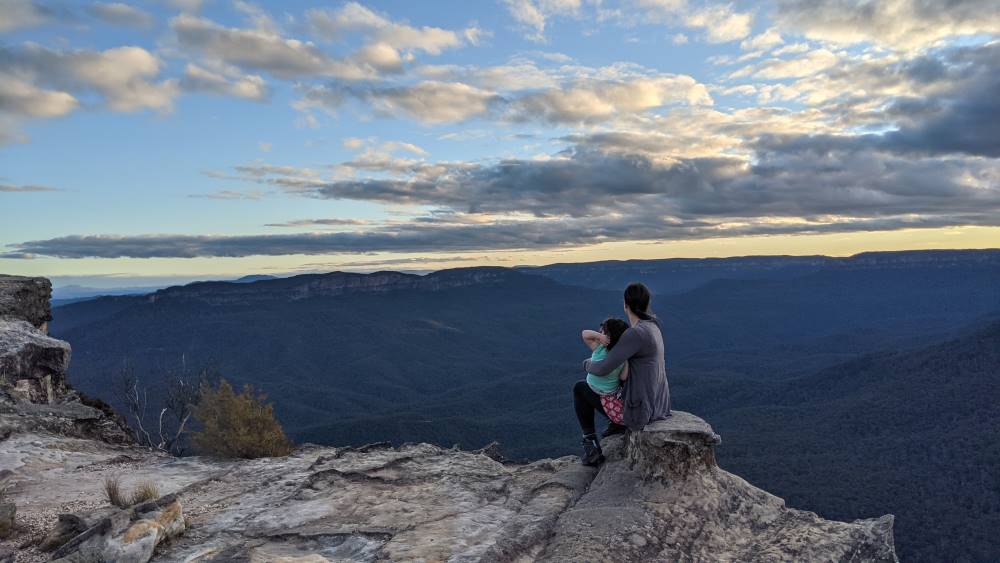 Lincoln’s Rock lookout, also known as Flat Rock, located in Wentworth Falls, is a sensational sandstone creation in the upper Blue Mountains to witness stunning views over the Jamison Valley.

Lincoln’s Rock is a popular location for family photography, weddings and the section of the rock where you get the illusion of ‘sitting on the edge of a cliff’ photo (when in fact, there is only a small drop at this particular section). The views really make a beautiful backdrop for photos.

Lincoln Ross Hall (OAM) lived in the Blue Mountains with his wife and two sons. He was part of Australia’s first Mount Everest expedition in 1984, which forged a new route on the mountain.

He was a founding member of the Australian Himalayan Foundation (AHF), authored seven books and received the honorary Order Of Australia Medal for his service to mountaineering. If you would like to get involved in the AHF , click here.

Lincoln Hall was famously left for dead on Mount Everest in 2006. He survived the ordeal and recounts his story here.

Sadly, Lincoln Ross Hall died of a cancer called mesothelioma, aged 56 on 20 March 2012, but he leaves a legacy in the Blue Mountains with one of the most beautiful lookouts named after him.

This parking area will have space for 16 cars, two small buses and one accessible car park spot. A turning circle will also be created to help ease congestion and a pathway added for smooth access to the rock.

How To Get There

Getting to this amazing lookout is easy to access by car. It is located towards the southern end of Little Switzerland Drive (off Hordern Road) in Wentworth Falls. Pop ‘Lincoln’s Rock’ into Google and it will take you there.

There is no access by train or public transport and it takes around one hour (two hours return) to walk from Wentworth Falls Train Station.

Walk up the pathway to find Lincoln’s Rock.

Now that this famous spot has been discovered by visitors, and for good reason, it is no longer a secret just for locals. Please respect local residents by keeping noise to a minimum, not carving the rock and taking all rubbish with you. Thank you for taking care of this special place for everyone to enjoy.