King’s Cave Linden: A Short Walk To An Impressive Cave In The Mid Blue Mountains

A walk to King’s Cave Linden is perfect if you are after a short family walk, if you like to learn about Australian history or if you simply need to stretch your legs as you pass through the Blue Mountains. King’s Cave is a magnificent ancient cave just off the highway in Linden. It is an easy walk to get there and the kids will love it!

King’s Cave, also known as Bushranger’s Cave, is so big that you could park a bus inside it! King’s Cave is tucked away in Linden’s bushland off a quiet backstreet. It is so discretly located that you wouldn’t even know it was there if you were walking past. 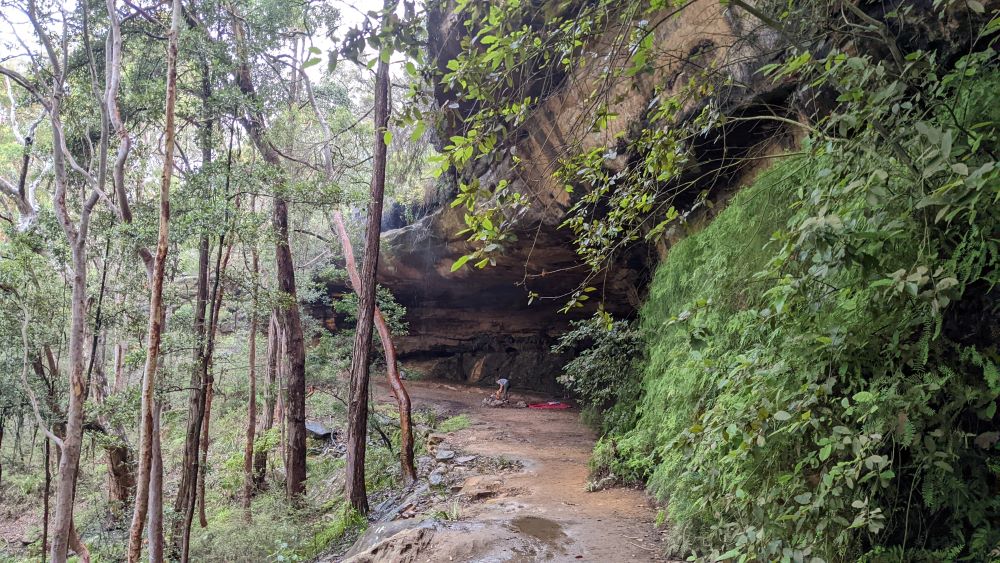 Indigenous people, convicts and soldiers were almost certainly known to have sheltered in King’s Cave as they crossed and built roads in the Blue Mountains. The cave is an expansive shelter that provided protection from the elements and fresh spring water to drink.

The Grave of John Donahue

Along Burke Road, just before the small parking area, is the grave of John Donahue. It is not clear who John Donahue was. Some reports say that he was a policeman who was shot by a bushranger named ‘King’, others say that Donahue was a bushranger and other reports even allude that he may have been a soldier from the nearby Bull’s Camp. 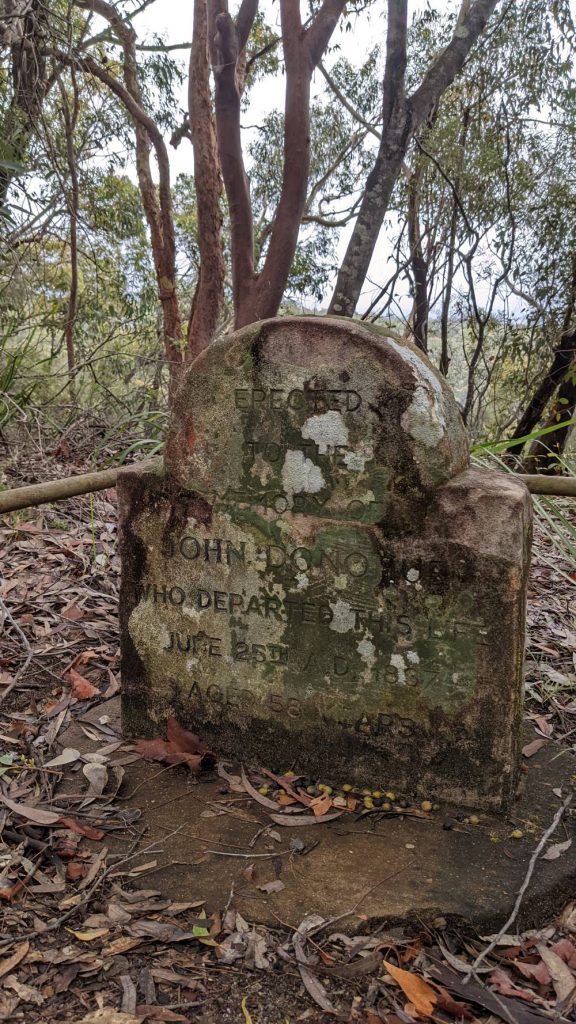 The simple headstone reads ‘Erected to the memory of John Donahue who departed this life June 25 A.D. 1837 aged 58 years’.

Donahue’s grave was originally located underneath the railway line. The headstone was placed at its current site, as recently as 1970, as the head of the path to King’s Cave.

How To Find King’s Cave Linden 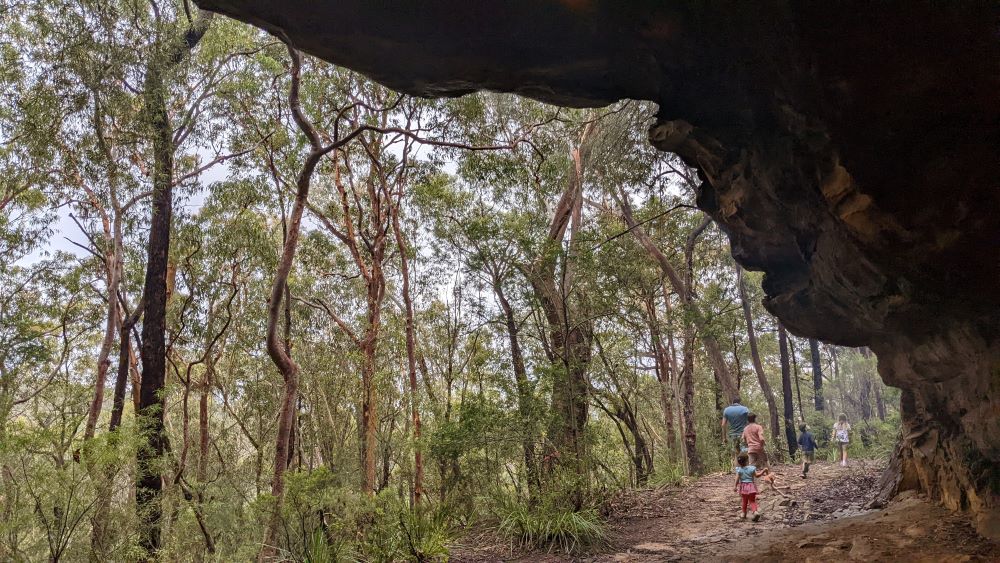 From the Great Western Highway in Linden, turn off onto Tollgate Road.

From the end of Tollgate Road turn right into Glossop Road, then right into Burke Road. Google Maps will assist you. View Map here. 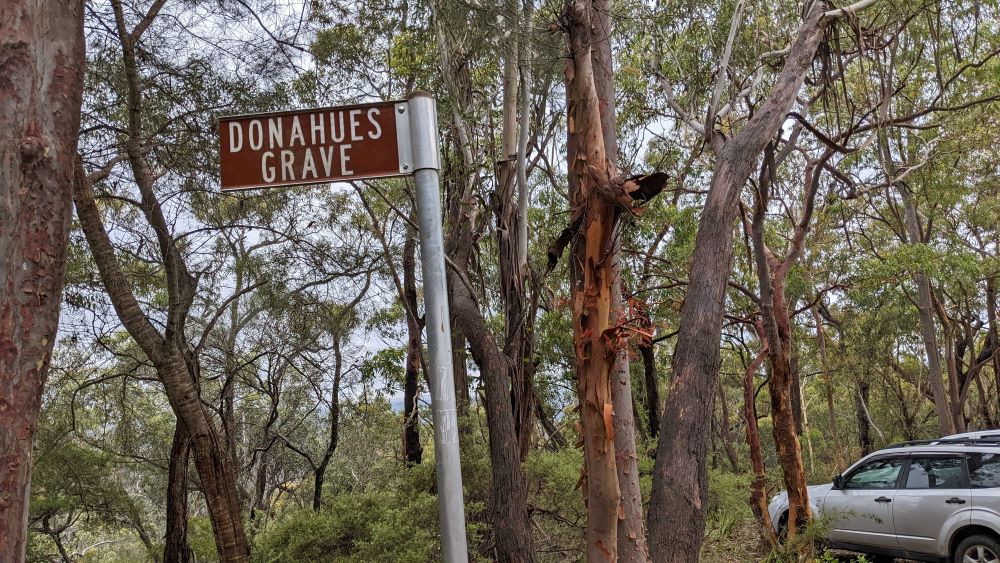 You will see a sign that points you to Donahue’s Grave. The parking area, that fits around five cars, is to the right of this sign. 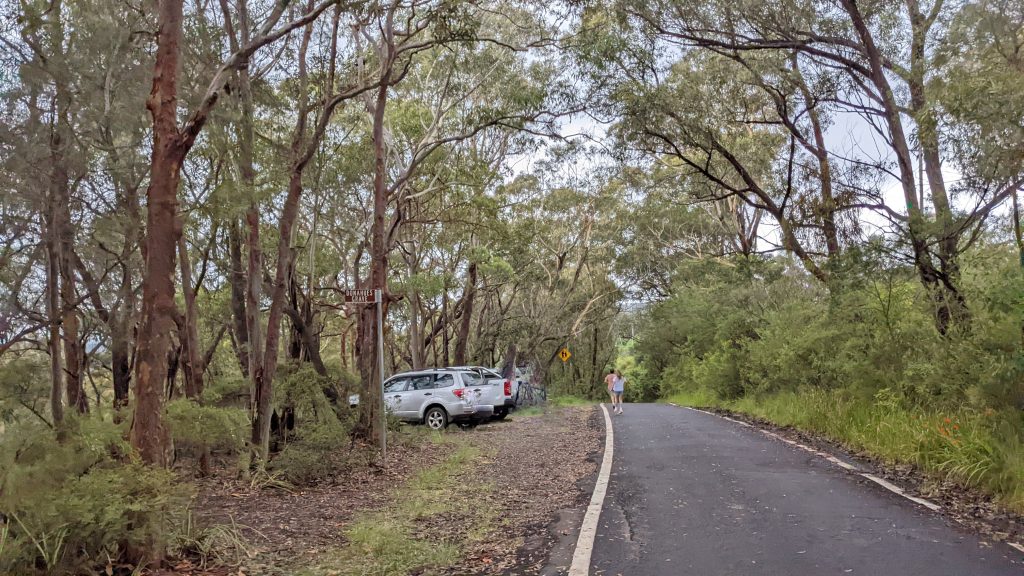 Follow the path down the hill and around the bend. Even though the terrain is a little rough in parts, an all terrain pram should be able to manage. There are no stairs. 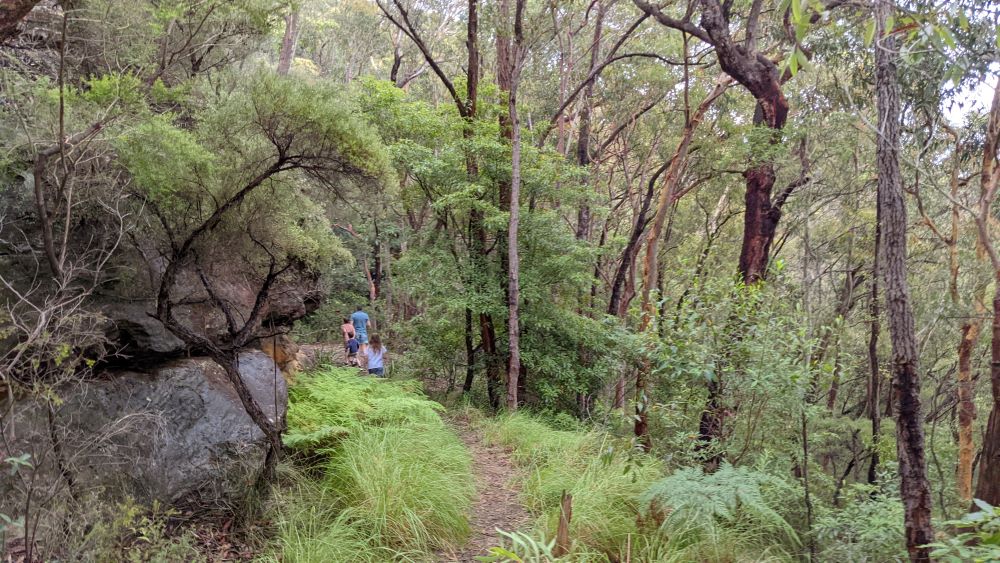 The easy, short, ‘there and back’ walk is around 10 to 15 minutes return and approximately 200 metres walk one way.

Once you have explored the cave a little, walk back on the track the way you came and turn right at the road to return to the carpark.

There is a playground and basketball court closeby on Burke Road, just a short walk away from the King’s Cave carpark if the kids would like to play a little more.

Are Dogs Allowed On This Walk To King’s Cave?

As King’s Cave is located within the boundaries of the Blue Mountains National Park boundaries, dogs are not allowed on this track.

Enjoy this fun little walk to the ancient King’s Cave and please remember to take all rubbish with you when you leave. 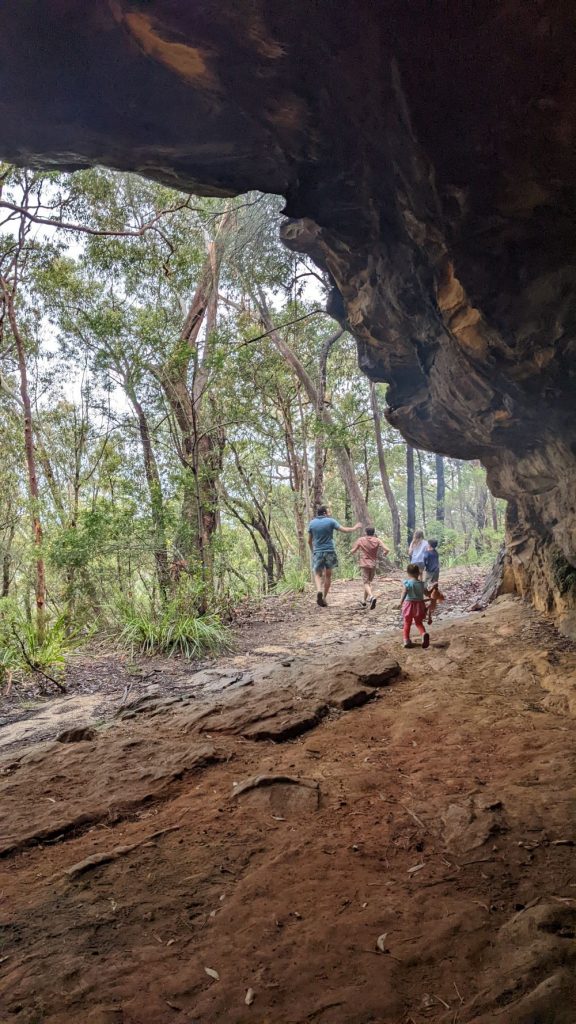